Well, time zone wise that's not too far ahead the rest of us... But 6 am, my time, is surely too early for anyone

yep I'm all the way in Greece!

Well, time zone wise that's not too far ahead the rest of us... But 6 am, my time, is surely too early for anyone

yep I'm all the way in Greece!

Less More
04 Jan 2023 20:48 #43776 by Digital Dave
Replied by Digital Dave on topic Totally Random
I'm actually still quite fatigued feeling, even now, though it's been over 3 weeks now. I tested positive on 12-11 and didn't feel well enough to do much of anything except lay under covers until 12-29 or so? Though I was already scheduled off the week of Christmas, I didn't do much and continued just resting since. - Some are saying that the effects are different for each... Some seem to get over it in about a week or even less, where others deal with it much longer? But that after-affects could even takes months afterwards... I surely hope not, because this has not been fun at all.
I get sketchy around pencils! ...

Less More
04 Jan 2023 21:10 #43777 by Charlotte
Replied by Charlotte on topic Totally Random
If you've felt most things improve since, you'll probably be recovered fairly soon. There's always some nastiness that lingers... I had a common cold at the end of november at it's taken until now, to feel more or less fully recovered. I still feel a bit of a tickle in my lungs now and then....
Any an all misspellings are henceforth blamed on the cats.
The following user(s) said Thank You: Digital Dave

Less More
05 Jan 2023 16:08 #43783 by Charlotte
Replied by Charlotte on topic Totally Random
Since I saw that 2 for one and 75% off deal on 21 Draw I've been considering if maybe I should splurge on classes of some sort. But I came to the conclusion that 21 Draw pretty much exclusively focus on cartoon like work, which isn't really my style (except for Aywas I guess, but that's because I don't think of it as "real art"). Today I saw that an acquaintance is starting up painting classes, which would be in the real world and with traditional media. Could be fun, could be pointless... I might just prefer hiding behind a tablet. Also, I suspect he's the kind of teacher who encourages everyone enthusiastically rather than give constructive criticism. Although I suppose it's possible to do both... But maybe I should look for something else again...

Charlotte wrote:
which would be in the real world

I try to paint in acrylics too but haven't got back into the habit after Christmas laziness. It's all the preparation and cleaning up afterwards that I don't like.
But I haven't really got back into the digital habit either just yet.

There is just do. Or do not.

Less More
05 Jan 2023 19:45 #43791 by Digital Dave
Replied by Digital Dave on topic Totally Random
Well... finished watching The Recruit just now. I too had watched the first couple episodes the other night, but took the day off today just to rest up some and decided to finish it. ... They surely made the CIA and other agencies look quite comical overall. Bit silly, but guess it was somewhat entertainable enough to watch. Or, well, can't take that back now anyways if I wanted to.

I've tried to start watching 'The Imperfects' a couples times now, but haven't gotten more than a few minutes in to episode 1 before just turning it off. ... Presently looking for something to watch...
I get sketchy around pencils! ...

Less More
04 Feb 2023 20:05 - 04 Feb 2023 20:20 #44287 by Charlotte
Replied by Charlotte on topic Totally Random
The first of an unknown number of contests preceding the Swedish Eurovision finals have started tonight and I usually absolutely hate them - I tend to feel like I should know something of the songs and try to have it on in the background and then give up and turn it off because it's just too awful. But today I have quickly listened to bits of five or so contributions and I have to say it's not quite as bad as usual. Though the lyrics are a bit questionable, here and there.

The first I listened to, I just had a feeling something was a bit off about the voice compared to the woman on stage, so I had to google and yes, it was a trans person. So that explains that. Next, someone sings about being supportive and proudly stating "We will fight for each other!" and then adds... "tonight".

Ok, so, the support is a temporary thing, then, I take it? Third was just entirely non-descript and boring. Fourth were a group of what is apparently translated as "rockers" but that doesn't do it justice. Something like hillbilly rockabillies... (image google raggare, I guess, if you're curious) It's a popular genre here in Sweden for some reason: some people prefer their music to be some sort of stand up comedy show rather than musical, I guess. And the fifth... the firth seemed to try to combine every cliché known to man, into one song. He's been lost down a long and winding road and crashing and burning and eyes are sparkling like diamonds in the sky...

The melody is alright but neither the lyrics or his voice do it justice.

Well, that should be roughly half the contributions... Not sure if there are ten or some other number...

Edit: Well, there were only two more. One entry with two - may I call them elderly? - ladies from the swedish revue tradition. I'd say their contribution was kind of typically swedish, which was actually a requirement in the eurovision contests once upon a time... (Not that all of them were Swedish, but that they were representative of their country). Anyway, they were a bit amusing and the song was kind of catchy, and very eurovision-y. And the last was basically a boy band with a jojking guy from sapmi. (Google translate claims jojk = yikes

) They were pretty second rate in my opinion, except for the jojking which was better. They were the ones that were sent straight to the finale anyway. And then I guess one or two will go to a semi? Not sure. They used to only have the one contest, that was so much easier to keep track of. And even then the music was rubbish most of the time.
Any an all misspellings are henceforth blamed on the cats.
Last edit: 04 Feb 2023 20:20 by Charlotte.

Less More
04 Feb 2023 21:20 #44293 by Charlotte
Replied by Charlotte on topic Totally Random
I know. As soon as it has ended it seems to be time for it again.
Any an all misspellings are henceforth blamed on the cats. 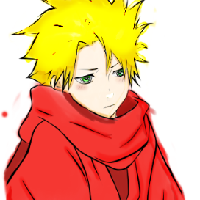 Charlotte Still wearing a mask? Is it so we won't see you hoarding food in those cheeks of yours?
See More

Charlotte I'll take that as a yes...
See More

Charlotte Why is there a tiny flashing thing in front of the reply link/button? It's so small I can't see if it's an exclamation mark or a question mark... or...both?)
See More

Banj Because? Both!
See More 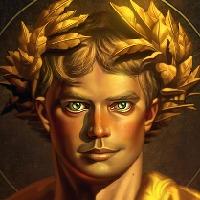